Is it Dementia or Alzheimer’s Disease?

Is it Dementia or Alzheimer’s Disease?

Memory lapses can be concerning, especially as we age. While stress and other factors can contribute, it’s important to consider the possibility of dementia or Alzheimer’s Disease, particularly when symptoms include difficulty with reasoning or other thinking skills.

Dementia describes a group of symptoms associated with a decline in memory, reasoning, or other thinking skills. There are many different types of dementia, and there are many conditions that cause it. Mixed dementia is a condition in which brain changes of more than one type of dementia occur simultaneously. Alzheimer’s disease is the most common cause of dementia, accounting for 60 to 80 percent of all dementia cases.

Dementia is not a normal part of aging, and it’s more than just age- or stress-related memory loss. It is caused by damage to brain cells that affect the ability to communicate, which can affect thinking, behavior, and feelings.

A common cause of dementia, Alzheimer’s is a degenerative brain disease caused by complex brain changes resulting from cell damage which leads to dementia symptoms. The most common early symptom of Alzheimer’s is trouble remembering new information, which gradually worsens over time.

As the disease advances, symptoms get more severe and include disorientation, confusion, and behavior changes. Eventually, other tasks including speaking, swallowing, and walking become difficult. Though the greatest known risk factor for Alzheimer’s is increasing age, the disease is not a standard or normal part of aging. And while most people with Alzheimer’s are 65 or older, nearly 200,000 Americans under 65 have younger-onset Alzheimer’s disease.

How can you tell them apart?

There is no single test to determine if someone has Alzheimer’s, so physicians typically rely on a combined approach to make a diagnosis. This includes consulting specialists such as neurologists and geriatricians, as well as cognitive tests and brain imaging. These tests will almost always help to confirm a diagnosis of dementia, but even physicians may have difficulty determining the specific cause. Frequently, these diagnostic tools can help to rule out other common causes of dementia-like symptoms including:

Because the diagnosis can be very complex, it’s important to get a professional medical opinion before proceeding with proposed treatments or changes.

Unfortunately, there is no way to prevent, cure, or even slow Alzheimer’s disease. There are, however, a number of ways to treat its symptoms. Understanding available options can help individuals living with the disease and their caregivers to cope with symptoms, maintain mental function, manage behavioral symptoms, and slow down the symptoms of disease.

Most medicines work best for people in the early or middle stages of Alzheimer’s. They can slow down some symptoms, such as memory loss, for a time, but none of them stops the disease itself.

A medication known as an N-methyl D-aspartate (NMDA) antagonist may be prescribed to treat moderate to severe Alzheimer’s disease. This drug’s main effect is to decrease symptoms, allowing some people to maintain certain daily functions a little longer than they might have without it. NMDAs regulate the brain’s production of glutamate, which can cause brain cell death when produced in excessive amounts. Because NMDA antagonists work differently from cholinesterase inhibitors, the two types of drugs are sometimes prescribed in combination.

If you believe your parent or loved one is experiencing symptoms beyond age-related memory loss, it’s important to have a medical evaluation as soon as possible. Once you have a complete understanding of the current situation and what to expect, you can move forward with selecting a facility that provides both a welcoming environment and expert memory care, if needed. Facilities such as those managed by American Health Corporation offer skilled nursing healthcare nearby and offer active restorative programs to help residents maintain their skills and abilities to live as independently as possible. 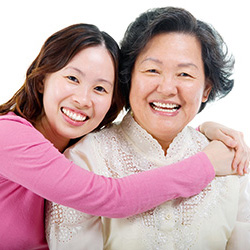 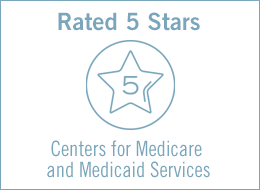